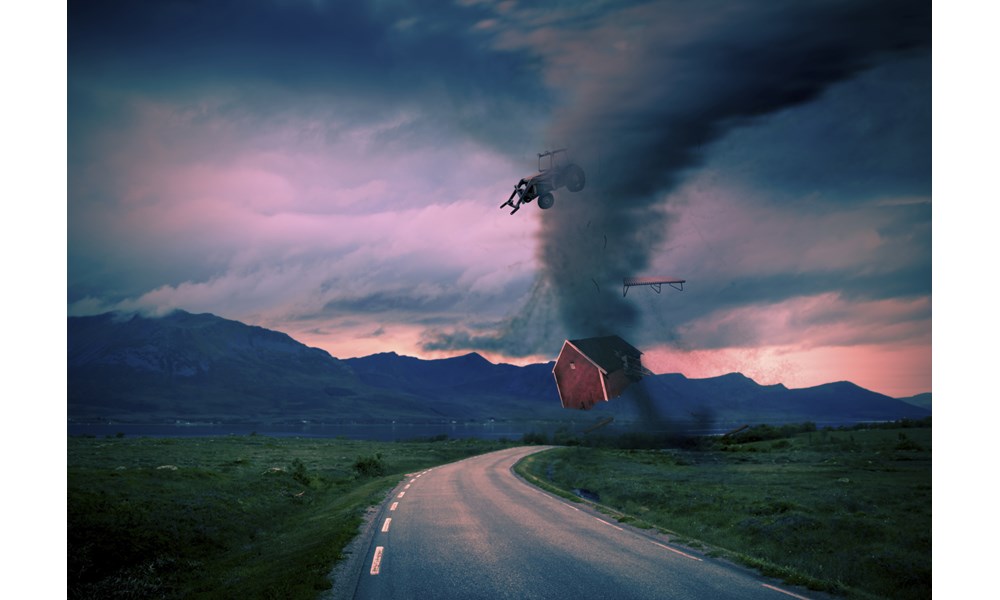 1. The largest earthquake ever recorded anywhere in the world occurred in 1960 in Chile. It was a whopping 9.5 on the Moment Magnitude scale. The resulting Tsunami caused damage over 9,000 miles away on the California coast.

2. The intensity of a tornado is rated on the (enhanced) Fujita scale. It examines the damage done to man-made structures after the fact. The scale ranges from F0 (Gale) with winds of 40-73 mph to an F5 (Incredible) with winds from 261-319 mph.

3. According to National Geographic, in 90 percent of avalanche fatalities, the avalanche is started by the victim or someone in the victim’s party. Digging the victim out quickly means the difference between life and death. Ninety-three percent of victims rescued within 15 minutes survived. That rate drops to 20 to 30 percent after 45 minutes and gets a lot worse from there.

4. There are approximately 1,900 active volcanoes. About 90 percent of them exist in the Ring of Fire in the Pacific Ocean.

5. For a tropical storm or cyclone to be upgraded to hurricane status, it must have maximum sustained winds of at least 74 miles per hour.

6. The Huang He (Yellow) River in China has been responsible for some of the most lethal floods in history. The worst flood took place in 1931; deaths from the flood are estimated to range from 1.5 million to as many as 4 million.

7. The 1906 earthquake that shook San Francisco did considerable damage, but it was the three-day fire that followed that caused most of the devastation.

8. A cow is most often blamed for starting the 1871 fire that engulfed Chicago.

9. Hurricanes, typhoons and cyclones are all the same thing.

10. The world’s biggest tidal wave occurred in Latuya Bay, Alaska, and was over 1,720 feet tall. That’s 500 feet taller than the Empire State Building.

11. The largest hailstone ever recorded in the United States was over seven inches in diameter and weighed almost two pounds.

12. Lava, the molten rock expelled by a volcano, can reach temperatures of approximately 2,000 degrees Fahrenheit.

13. Each year, Southern California has over 10,000 earthquakes. Most are too small to be felt.

14. In Lake Nyos, Cameroon, a linmic eruption (a release of carbon dioxide gas) killed approximately 1,700 villagers in 1986. The odorless and colorless gas is heavier than air and floated across the ground to the village where it asphyxiated the residents while they slept.

16. It’s estimated that over 24 million people died of starvation during the Chinese famine of 1907.

17. The world’s deadliest tsunami was the Indian Ocean tsunami of 2004. According to the U.S. Geological Survey, the energy released was equal to 23,000 Hiroshima-type atomic bombs.

19. Tornadoes have touched down in all 50 states. However, most tornadoes strike in Florida and the infamous “Tornado Alley,” an area of the southern plains in the central U.S.

20. In China in 1958, massive flooding killed an estimated 2 million people.